How Companies can Benefit from Approvals Workflow in SAP CPQ 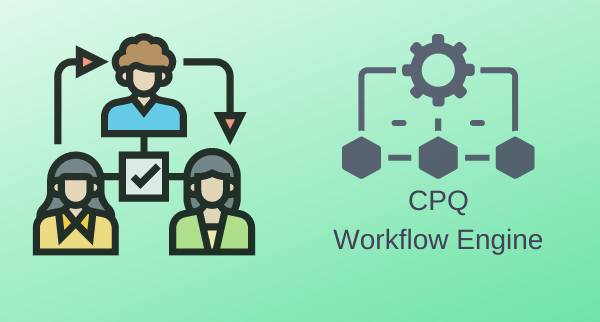 How Companies can Benefit from Approvals Workflow in SAP CPQ

Approving a sales quote is a crucial and common requirement for most companies. It’s the check and balance mechanism that can help protect profit margins from over discounting and ensure the quality of complex products is being proposed.

SAP CPQ makes sure that sales reps are not able to give too steep of discounts when trying to close a deal. It has an approval feature that can enforce limits for sales reps when a certain threshold is reached such as quote total is over a certain amount or item quantities over a certain number. Any condition met with greater than the set limits requires an approval from a manager or a director. Once approved the proposal can be generated and sent to the customer.

Similarly, SAP CPQ can be configured to send all quotes through the sales engineering team for a technical approval before a proposal is sent to the customer. This quality check can come in quite handy when your products are complex or quotes are too large. It’s an extra layer of validation on top of the robust rules engine that ensures only compatible options are available and selected.

The process of approving quotes is a standard out-of-the-box feature of SAP CPQ and utilizes the underlying workflow engine. Here is an example of a quote workflow.

How Workflow works behind the scenes

Workflow is the underlying business logic that evaluates quotes and determines actions that can be executed to move the quote through different stages. A quote can have statuses such as Open, Approved, Customer Accepted, etc.

The quote status represents one step in the quote's lifespan. Here are some common statuses that come delivered out-of-the-box (OOTB) with SAP CPQ.

Some other actions that can be performed (depending on the quote status are): Add New Item, Generate Documents, New Revision, Approve (for approving manager), etc. Here are some of the actions that come with the CPQ system.

For certain actions, Workflow can also trigger email notifications.  For example, an email with subject ‘Request for a Quote Approval’ can be sent to the approving manager of a quote exceeding the discounting limits.

Admins can set up multiple approval end-users who are usually  higher ranking personnel. A Sales Manager could be the first level approver followed by the Sales Director. These approving end-users (parents) can easily delegate a backup approver in their absence without any help from admins. They can simply access their own user profile in SAP CPQ and fill out this screen.

Although SAP CPQ allows adding custom statuses, actions and notifications, companies can leverage a lot of pre-delivered workflow content. This is inline with SAP’s best practice. Adding many statuses and actions can make the process difficult from an user experience perspective. It’s important to have key stages of the quote life cycle identified, with necessary approvals where required, early in the project.

To learn more about how SAP CPQ can benefit your business, reach out to us at Canidium.com/contact.